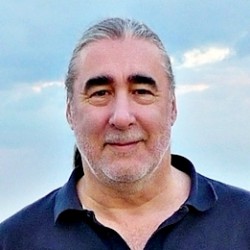 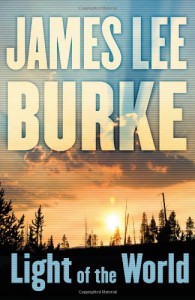 Utterly brilliant ... as are all of James Lee Burke's novels. There's no other author alive, regardless of genre, who can write with such beauty, honesty and (a rarity these days) grammatical correctness. I don't want to go into detail here about how his prose will take you into the dark heart of the human psyche, nor how he can paint a picture of Louisiana, New Iberia, New Orleans, Baton Rouge and Montana in a way that no other writer can; in a way that makes you want to jump into your car and drive non-stop to the places in his novels. I'll leave you to discover that for yourselves.

In the meantime, here's an extract from page 37 of Burke's post-Katrina novel 'The Tin Roof Blowdown'. Charged with investigating the murders of alleged looters in New Orleans after the storm, Dave Robicheaux, a Sheriff’s Deputy in New Iberia and the main protagonist in the wonderful Robicheaux series, observes:

“From a boat or any other elevated position, as far as the eye could see, New Orleans looked like a Caribbean city that had collapsed beneath the waves ... The linear structure of a neighbourhood could be recognized only by the green smudge of yard trees that cut the waterline and row upon row of rooftops dotted with people who perched on sloped shingles that scalded their hands.

"The smell was like none I ever experienced. The water was chocolate-brown, the surface glistening with a blue-green sheen of oil and industrial chemicals. Raw faeces and used toilet paper issued from broken sewer lines. The gray, throat-gagging odor of decomposition permeated not only the air but everything we touched. The bodies of dead animals, including deer, rolled in the wake of our rescue boats. And so did those of human beings, sometimes just a shoulder or an arm or the back of a head, suddenly surfacing, then sinking under the froth.

"They drowned in attics and on the second floors of their houses. They drowned along the edges of Highway 23 when they tried to drive out of Plaquemines Parish. They drowned in retirement homes and in trees and on car tops while they waved frantically at helicopters flying overhead. They died in hospitals and nursing homes of dehydration and heat exhaustion, and they died because an attending nurse could not continue to operate a hand ventilator for hours upon hours without rest”.

How's that for writing!